It was during the terminal illness of their father that Francis and Carl Grim recognized patients have spiritual needs in addition to their physical and psychological needs. If healthcare staff were inspired and properly equipped, they could play a key role in ministering to the needs of their patients.

Pioneering journeys to Europe, the Middle East and Africa were undertaken by the founder Francis Grim, from 1951 onwards, and then from the ’60’s, Asia, Oceania, Latin America, the Caribbean, the United States and Canada. The Lord has blessed the ministry by allowing it to spread to more than 80 countries around the world. The HCFI headquarters is based in Benoni, South Africa. 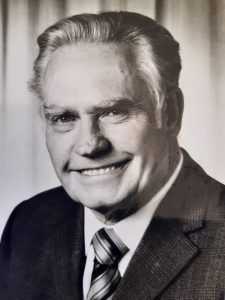 “More people pass through the hospitals of the  world than through its churches.”